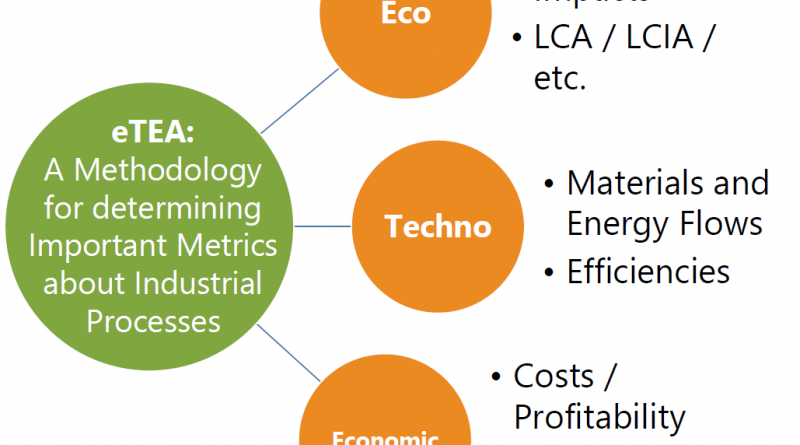 After a long road, we have some exciting developments to share. The short story is that we received our first positive resolution vote at the ISO and can commence on the project. We need technical experts from around the world who can help contribute to the development of the documents. Contact standards@psecommunity.org if you would like to help!

On Nov 3, 2020, At the annual plenary meeting of ISO TC 207 / SC 5 (the subcommittee in charge of Life Cycle Assessment), Prof. Thomas A. Adams II gave a presentation outlining the concept of eTEA and why it should be standardized. It included a case for why the ISO should standardize, why that particular committee should be involved, what it might look like, and who would benefit. The committee later passed a resolution unanimously recommending Prof. Adams to formally submit a New Work Item Proposal for the development of a Technical Specification.

This is an important necessary first step in the ISO process, involving months of communication with and feedback from various international members of the committee ahead of the plenary. Now that the resolution has been passed, it is possible for eTEA standards supporters outside of the ISO to participate in the development process.

The presentation slides are now available on the Standardization page.

One of the key outcomes from discussions at the plenary meeting is the overall framework in which the standards would be formed. Based on feedback from key international delegates, we have decided to move forward with a strategy in which a Technical Specification will be developed that describes a standardized framework for conducting eTEAs in a very general sense, not specific to any one industry. Then, we will develop separate Technical Reports which provide examples, recommendations, and suggested numbers, specific to targeted industries. Anyone can use the Technical Standard document for any eTEA in general, but they would do this with information provided in the Technical Report they have selected as being most appropriate to their industry or circumstance.

Technical Specifications are normative documents, meaning they have “teeth”. They are similar to an International Standard document, but are usually the first type of document put forward for a new standard, and are subject to re-view sooner than an I.S. Technical Reports are informational, and nor normative. In this way, we can create a normative eTEA standard in the form of a T.S. but also provide additional suggested uses in the form of Technical Reports that can each be developed separately based on the expertise of that particular industry.

The current draft New Work Item Proposal, which has only been circulated internally within the ISO, will be modified based on the suggestions of the delegates to the Plenary meeting, and formally at a future Working Group meeting for international balloting. The NWIP will contain a proposal for the framework noted in the previous section. If the proposal receives a sufficient percentage of “yes” votes from formal international balloting, then (most likely) a new working group will be struck which will be responsible for the development of the formal Technical Specification and its language. Eventually, this document would need to be passed through various other balloting steps before being finalized and accepted.

We need technical experts familiar with techno-economic analysis that are interested in helping develop the technical specification as well as providing comments on the proposal. No matter where you are in the world, you can join the project committee lead the Canadian Society for Chemical Engineering and participate in technical discussions, provide feedback, and contribute to drafting of the necessary documents. For a higher level of impact, you can represent your nation’s interests formally by joining the appropriate mirror committee of your nation’s official standards body.

If you are interested in either, contact standards@psecommunity.org. You can email us also if you want more information about how to join your nation’s mirror committee to help with this project as an expert that formally represents your nation.

The Artie McFerrin Department of Chemical Engineering, College of Engineering at Texas A&M University invites applications for a full-time, tenured

PSE Tenure-Track Faculty Position at The University of British Columbia